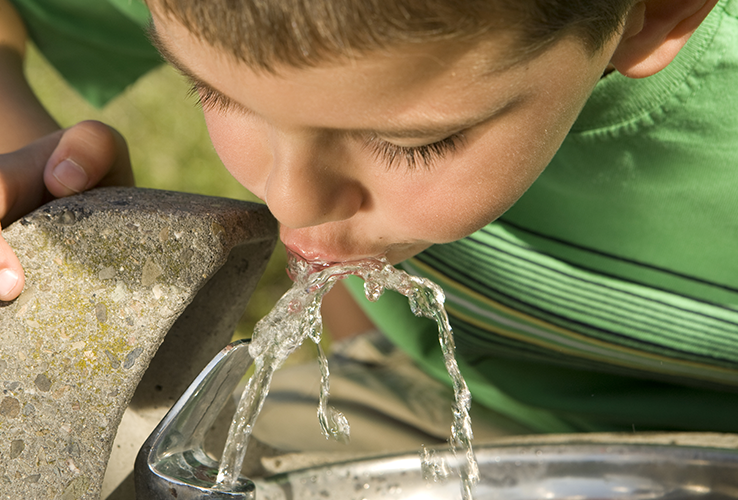 Here’s a quick quiz: what used to be a way to control cockroach and lice infestations, and is now in our drinking water? The answer: fluoride.

Fluoride is difficult to avoid. It’s in our water, our juice, our wine and beer, and even in baby formula. While water fluoridation has been banned in most European countries, it’s everywhere in the American food supply. This is extremely troubling, as over-consumption of it has been linked to a number of very serious issues. Here are four of the most worrisome:

The Top 4 Dangers of Fluoride

1. Brain Damage and Lowered IQ: The EPA lists fluoride as one of about 100 chemicals for which substantial evidence has been found of developmental neurotoxicity. In other words, it causes damage to the brain and can negatively impact learning. Look at over 20 studies from China, India, and Mexico and you’ll find an association between exposure and reduced IQ. While research is still ongoing, these results are troubling, especially when you consider how often children are exposed to it.

2. Arthritis and Bone Damage: Fluoride can induce a condition called skeletal fluorosis, an issue that mimics the symptoms of arthritis. In fact, the conditions are so similar that the first two phases of skeletal fluorosis can easily be misdiagnosed as arthritis. Joints aren’t the only skeletal area where fluoride may cause issues: a study conducted in Mexico found a correlation between dental fluorosis and the frequency of bone fractures in both children and adults.

3. Long-Term Buildup: If your kidneys are healthy, they excrete a little over half of the fluoride you take in every day. What happens to the rest? According to studies conducted in 1997 and 2001, the remainder accumulates in the body, most commonly in the bones and pineal gland. Kids are even less efficient at getting rid of it’s excess: their bodies retain up to 80% of the fluoride they take in. Is it any wonder that people who grew up ingesting it see symptoms after years of accumulation?

4. Acute Fluoride Toxicity: Much of the evidence against fluoride focuses on its long-term accumulation. However, exposure to large amounts of it in a short period is also dangerous. Acute fluoride toxicity occurs when you are exposed to high levels of fluoride, such as foods fumigated with certain fluoride-based pesticides. Acute fluoride toxicity causes flu-like symptoms, including vomiting, stomach pain, headache, and fatigue.

Here’s What You Can Do About It

Reducing your exposure to fluoride helps lessen the impact it has on your health over time. To start, choose toothpaste that is fluoride-free. Not only will this reduce your exposure, it also lessens the chances you’ll run into other toxic ingredients. If you live in an area where the water is fluoridated, consider filtering your tap. Reduce your consumption of processed and packaged foods, and decline fluoride treatments at the dentist.

Whatever its reputation among dentists, fluoride has been linked to some very troubling issues. Reducing your exposure can go a long way in helping you and your family avoid serious repercussions.

Do you live in an area with fluoridated water? What are your thoughts on drinking what comes out of the tap? Let me know in the comments below!

2 thoughts on “The Top 4 Dangers of Using Fluoride”